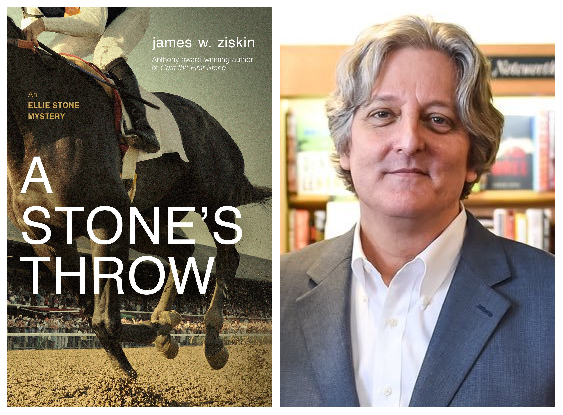 August 1962. A suspicious fire claims a tumbledown foaling barn on the grounds of the once-proud Tempesta Stud Farm, halfway between New Holland and Saratoga Springs, NY. The blaze, one of several in recent years at the abandoned farm, barely prompts a shrug from the local sheriff. That is until "girl reporter" Ellie Stone, first on the scene, uncovers a singed length of racing silk in the rubble of the barn. And it's wrapped around the neck of one of two charred bodies buried in the ashes. A bullet between the eyes of one of the victims confirms it's murder, and the police suspect gamblers. Ellie digs deeper.

The double murder, committed on a ghostly stud farm in the dead of night, leads Ellie down a haunted path, just a stone's throw from the glamour of Saratoga Springs, to a place where dangerous men don't like to lose. Unraveling secrets from the past--crushing failure and heartless betrayal--she's learning that arson can be cold revenge.

James W. Ziskin is the author of the Ellie Stone mysteries. Winner of the Anthony award for Best Paperback Original and the Macavity Award for Best Historical Novel (Sue Feder Memorial), he has also been a finalist for the Edgar(R), Barry, and Lefty Awards.