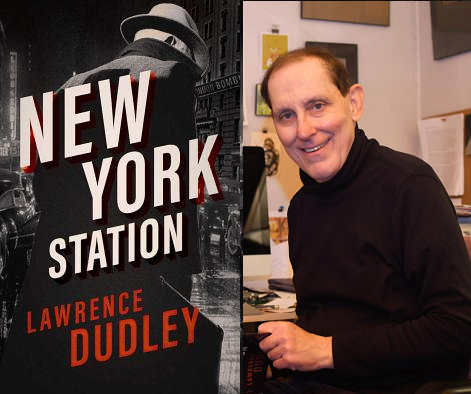 Review:
"A multifaceted protagonist who’s a refreshing change from formulaic genre leads lifts
this gritty spy thriller from Dudley (St. Kilda). In 1940, Roy Hawkins, an American spy
who has been working for the British in Paris, wants to help in the resistance against the
Germans, who occupied the city in June, but his orders are to leave France. Hawkins
is dispatched to New York City, where his chief of station enlists him to stop a traitor
from sharing shipping schedules with the Germans that could be used to guide U-boat attacks.
A more complex assignment soon follows. Radio host Walter Ventnor—who refers to the
Roosevelts as the Rosenfelds, preaches a focus on Fortress America, and spouts
pro-Hitler propaganda—has allied himself with Dr. Hans Ludwig, a representative
of the Nazi government. Hawkins must make sure that Ludwig doesn’t get his hands on
a secret U.S. Navy system, sonar, which America has refused to sell to embattled
Britain. Fans of Alan Furst and Joseph Kanon will find familiar pleasures." -- Publishers Weekly